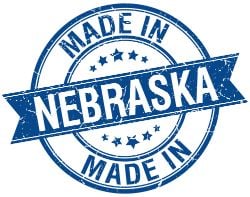 Are you looking for business insurance information for a county in Nebraska?

Also Nebraska counties, cities and municipalities might require specific coverages to do business in their jurisdiction. Below you will find every county in NE that you can use to start researching the business insurance policies, endorsements and limits that may be required.

Looking for Nebraska business insurance information in a county? Find commercial insurance info - including costs, coverages and requirements - from all counties in NE.

Where Can I Find Business Insurance Information For Counties In Nebraska?

How Are Nebraska State, County And Municipal Governments Organized?

Municipal governments in Nebraska include cities, villages, and municipal counties. Township governments exist in some counties. In such counties, all villages and some, but not all, cities exist within the township areas.

The state constitution grants cities with a population of more than 5,000 inhabitants the authority to write their own charter.

City municipal governments are divided into the following four classes according to population size:


Villages are municipal governments with 100 to 800 inhabitants. The minimum population required for incorporation is 100. Second-class cities may elect to return to the village class.

Most cities have an elected mayor-council form of government; however, cities may adopt a commissioner or city manager plan. Villages are governed by an elected board of trustees.

In 2001, Nebraska law enabled one or more counties and at least one municipality in each participating county to merge and form a municipal county to combine services. Municipal counties may be created on joint resolution by participating governing bodies or on petition of voters after a hearing and referendum.

Municipal counties are governed by an elected council. The creating resolution may state if any elected offices are to be retained following the merger; otherwise, all municipal and county offices are abolished after approval and completion of the office current terms. As of June 30, 2017, there were no municipal county governments in Nebraska.

Three elected officials-the assessor, the chairperson of the board, and the treasurer-compose the township board.

Find more information on the state of Nebraska website.