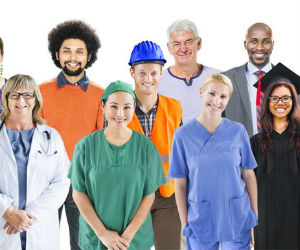 Employers Liability Insurance. Most business owners know the importance of workers compensation insurance to protect themselves from claims for injury by those they employ. However, businesses have realized that workers comp doesn't cover everything. The exceptions in this widely mandated employee benefit have prompted businesses to develop a companion product called employers liability insurance.

Employers Liability insurance protects your business from lawsuits from injured employees with rates as low as $47/mo. Get a fast quote and your certificate of insurance now.

Below are some answers to commonly asked employers liability insurance questions:


What Is Employers Liability Insurance?

Employers Liability Insurance is a type of liability insurance that provides coverage for an employer in the event that an employee is injured or becomes ill as a result of their work. This type of insurance covers the employer against the cost of compensation claims made by employees and can also provide coverage for legal costs if the employer is sued.

It is a legal requirement for employers to have Employers Liability Insurance in many countries. The purpose of this insurance is to protect employers from the financial consequences of an employee being injured or becoming ill as a result of their work and to ensure that the employee receives the appropriate compensation for their injuries or illness.

What Is The Difference Between Workers Compensation vs Employers Liability Insurance?

Workers compensation coverage and employers liability coverage interact with one another and work together. Understanding that is essential to understanding what stop gap coverage is, how it works, and who needs it. Workers compensation pays benefits to employees injured on the job without regard to fault. In return, the injured worker gives up his or her right to sue the employer.

Workers compensation coverage is usually (but not always) the exclusive remedy for employee injuries. Situations develop from time to time where an employer liable for injuries to its employees can be sued.

What Does Employers Liability Insurance Cover?

Employers liability insurance covers bodily injury by accident and bodily injury by disease, including resulting death. The injury or disease must arise out of and be in the course of the injured worker's employment and be necessary or incidental to the work in a state.

This coverage applies to damages in tort or other liability, as opposed to the statutory liability for benefits under workers compensation laws.

Not all damages are covered though. First the particular state law must permit recovery. Second the damages must be from one of the following:

Employers liability insurance does not apply to true no-fault federal workers compensation laws, like the United States Longshore and Harbor Workers Compensation Act (USL&HWCA) WC can provide such true no-fault coverage for USL&HWCA, Federal Black Lung, and other federal laws by endorsing the policy to amend its language to include a federal law or laws.

The short answer is usually not. Employers liability insurance is not generally bought by itself though. This is because when you have direct employees you almost certainly are required to carry workers compensation insurance - where it is included as part of that policy in most instances.

If your workers comp policy does not include employers liability insurance, stop gap coverage can fill the gap in that coverage. Stopgap coverage is an endorsement to another commercial policy. You can purchase it from a private insurer, and is usually an addition to your workers compensation insurance policy.

If you need to you can buy Employers Liability directly from an insurer or from a specialist broker. The exact cost of the premium is based on a number of factors including the line of the business, the number of people you employ and your previous insurance claims history.

Why Do I Need Employers Liability Insurance?

Accidents happen, accusations are made, lawyers get involved and people want compensation. Rightly or wrongly these things happen every day and, sooner or later, you will be on the receiving end. A claim won't go away if you ignore it. And there are no shortcuts. So you need employers' liability insurance because you have a business to run; because you have limited funds; because you're not legally trained; and because your reputation matters.

ELI claims wide-ranging. They can and do arise from ex-employees as well as current ones. They can be brought due to a wide range of physical and psychological injuries and/or industrial diseases sustained during the course of employment. Such claims should never be taken lightly or disregarded. Even a minor injury can cost thousands to deal with while more serious injuries or illnesses, can easily lead to claims in the tens or hundreds of thousands of dollars. Some examples are:

To find out exactly what type of EPLI insurance you need and how much coverage you should have, speak to an experienced insurance broker to go over all your options. 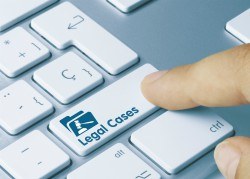 James Hoover worked for Emergency Water Extraction Services (EWES). On October 20, 2004, Hoover's supervisor asked him to deliver a ladder to a work site where an independent roofing contractor was repairing a roof. While delivering the ladder, the roofing contractor asked Hoover to assist him with something on the roof. Hoover agreed, even though his duties did not include climbing on ladders or making roof repairs. A few minutes later, the contractor asked Hoover to retrieve something on the ground. As he descended the ladder, he fell and sustained a serious brain injury.

Hoover sued EWES in September 2006. EWES forwarded the complaint to Maxum Indemnity Company (Maxum) on October 19, 2006. In a letter dated October 23, Maxum stated that it would not defend or indemnify because there was no coverage due to the employers liability exclusion and because the notice was not provided in a timely manner.

In February 2007, Maxum filed a declaratory judgment action using on the employers liability exclusion as a reason to deny coverage.

Hoover eventually obtained a judgment against EWES in the amount of $16.4 million. Hoover then sued Maxum, alleging breach of duty to defend EWES and seeking indemnification. At this point, Maxum brought up lack of timely notice as a defense.

The trial court found that Maxum could deny coverage because it did not receive timely notice of Hoover's injury. However, the court also found that Maxum breached its duty to defend. Both parties appealed.

The appellate court affirmed the decision regarding timely notice but reversed the finding that Maxum had breached its duty to defend and, the Supreme Court of Georgia agreed to evaluate.

The Supreme Court found that Maxum could not reserve its right to assert a defense of lack of timely notice after denying coverage on other grounds. In reaching its decision, the court noted the importance of a proper reservation of rights. The court concluded that Maxum failed to provide a proper reservation of rights or raise lack of timely notice as a defense and functionally waived its right to assert the defense.

In addition, it determined that the employers liability exclusion did not apply because Hoover was not performing duties related to the conduct of EWES's business when he was injured. The Supreme Court determined that the trial court was correct when it decided that Maxum breached its duty to defend in the underlying tort action.

The Court of Appeals judgment was reversed.

Capital Construction Company (Capital), as general contractor at a construction site, hired De Graf Concrete Construction, Inc. (De Graf) to perform work at the site. The contract between them contained an indemnification provision in which De Graf waived its right to "contribution" (distribution of a loss among responsible parties) against Capital and agreed to indemnify Capital in the event of a claim against it arising out of the performance of the work De Graf was hired to do.

As Capital required, De Graf purchased a commercial liability insurance policy from Northern Insurance Company (Northern) as well as a workers compensation and employers liability policy from Virginia Surety Company, Inc. (Virginia Surety). The Northern policy contained an employers' liability exclusion that excluded coverage for bodily injury to "(1) An 'employee' of the insured arising out of and in the course of: (a) Employment of the insured; or (b) Performing duties related to the conduct of the insured's business."

The policy further provided that this exclusion did not apply "to liability as assumed by the insured under an 'insured contract'" "Insured contract" was defined as "That part of any other contract pertaining to your business . . . under which you assume the tort liability of another party to pay for 'bodily injury,' 'property damage' or 'personal liability' to a third person or organization. Tort liability means a liability that would be imposed by law in the absence of any contract or agreement."

James Smith, an employee of De Graf, was injured while working at the construction site. He sued Capital to recover expenses associated with his injuries. Capital filed a complaint against De Graf seeking contribution. De Graf tendered defense of Capital's complaint to Northern and Virginia Surety.

On appeal, the Appellate Court of Illinois, Third District, agreed with the trial court and affirmed its decision. In reaching its decision, it emphasized the fact that Capital filed a claim for contribution from De Graf, not for indemnification. Contribution distributes the loss among responsible parties while indemnification shifts the entire loss from one party to another.

The lower court's judgment was affirmed.

Learn about workers compensation insurance - a policy provides medical, wage and other benefits to employees who are injured or become ill on the job. Workers comp coverage is mandated by each state. 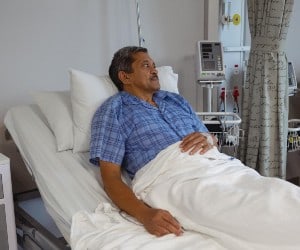 Businesses need workers compensation insurance to protect both the business and its employees. This insurance covers the medical expenses and lost wages of an employee who is injured on the job. Without workers comp insurance, the business would have to pay for these expenses out of pocket, which could be financially devastating for a small business.

In addition to covering the costs of an injury, workers compensation insurance also protects businesses from potential lawsuits. If an employee is injured on the job and chooses to sue the business for their injuries, the workers comp insurance will cover the legal costs and any potential settlements or judgments. This protection is crucial for businesses, as a single lawsuit could cripple their finances.

In short, workers compensation insurance is necessary for businesses to protect themselves and their employees from financial ruin in the event of a workplace injury. It is a crucial aspect of running a successful and responsible business.