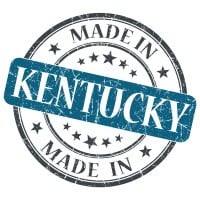 Are you looking for business insurance information for a county in Kentucky?

Also Kentucky counties, cities and municipalities might require specific coverages to do business in their jurisdiction. Below you will find every county in KY that you can use to start researching the business insurance policies, endorsements and limits that may be required.

Looking for Kentucky business insurance information in a county? Find commercial insurance info - including costs, coverages and requirements - from all counties in KY.

Where Can I Find Business Insurance Information For Counties In Kentucky?

How Are Kentucky State, County And Municipal Governments Organized?

Home-rule-class cities include cities operating under either the city manager plan, the mayor-council plan, or the commission plan of government. Any city can organize under the mayor-council plan, the commission plan or the city manager plan only with the majority of popular votes. The city shall be considered reclassified on the effective date of a change in the form of government. Communities must have 300 or more inhabitants to incorporate.

The "unincorporated urban places" in Kentucky are geographical areas without associated governmental structure. They are not counted as governments in Census Bureau statistics.

Kentucky has no township governments.

Find more information on the state of Kentucky website.