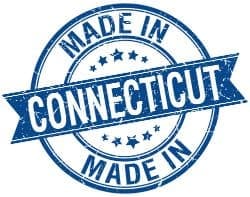 Are you looking for business insurance information for a county in Connecticut?

Also Connecticut counties, cities and municipalities might require specific coverages to do business in their jurisdiction. Below you will find every county in CT that you can use to start researching the business insurance policies, endorsements and limits that may be required.

Looking for Connecticut business insurance information in a county? Find commercial insurance info - including costs, coverages and requirements - from all counties in CT.

Where Can I Find Business Insurance Information For Counties In Connecticut?

How Are Connecticut State, County And Municipal Governments Organized?

Effective October 1, 1960, Connecticut county government was abolished and county functions were transferred to the state government. However, the former county boundaries were retained for election of county sheriffs and for judicial purposes. Thus, Connecticut counties are not counted as governments in U.S. Census Bureau statistics.

The subcounty general purpose governments in Connecticut consist of municipal (city and borough) governments and town governments. These two types of governments are distinguished primarily by the historical circumstances surrounding their incorporation.

In Connecticut, city, borough, and town governments have similar powers and perform similar functions. Towns, which are treated as municipalities in Connecticut statutes, are counted as a separate type of local government in Census Bureau statistics on governments.

The term "municipality," as defined for Census Bureau statistics on governments, applies only to the boroughs and cities in Connecticut.

Cities are located within town areas. The city of Groton is located within a town area but exists separately and is counted as a separate municipal government. For the other 19 cities, the city and town government have been consolidated.

Each is counted once in Census Bureau statistics on governments as a municipal government and not as a town government.

The borough of Woodmont, located within the overlying city (city-town consolidation) of Milford, exists separately, and also is counted only as a borough government.

The entire area of the state is encompassed by town areas. These are counted as town governments in Census Bureau statistics, except for areas in which a town is consolidated with a city or borough government. Towns in Connecticut provide the services that are associated with counties and municipalities in most states.

Find more information on the state of Connecticut website.