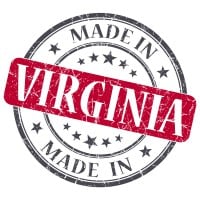 Are you looking for commercial insurance information in Virginia?

Also Virginia cities and municipalities might require specific coverages to do business in their jurisdiction. Below you will find every city in VA that you can use to start researching the business insurance policies, endorsements and limits that may be required.

Where Can I Find Commercial Insurance Information For Cities In Virginia?

Finding VA business insurance information by city is simple - just by searching our Virginia Directory of Cities - you can find the commercial insurance policy information you are looking for - including costs, coverages, minimum requirements and more.

How Are Virginia State, County And Municipal Governments Organized?

The entire area of the state of Virginia is encompassed by county governments except for areas located within the boundaries of the cities. Cities in Virginia exist outside the area of any county and are counted as municipal rather than county governments.

Municipal governments in Virginia are the city governments and town governments, which are classified generally by population size as follows:


The cities, referred to in the Virginia constitution as "independent incorporated communities," differ from towns because they lie outside the boundaries of any county. These cities perform traditional county functions, as well as traditional municipal functions.

Under Virginia law, any city located entirely within the boundary of any county may consolidate with that county to become a tier-city with approval of the General Assembly. As of June 30, 2017, there were no tier-city governments in Virginia.

Virginia has no township governments as defined in Census Bureau statistics on governments. The "townships" in Virginia are described above under "Municipal Governments."

Find more information on the state of Virginia website.