Commercial Insurance Information In ME 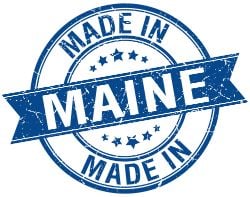 Are you looking for commercial insurance information in Maine?

Also Maine cities and municipalities might require specific coverages to do business in their jurisdiction. Below you will find every city in ME that you can use to start researching the business insurance policies, endorsements and limits that may be required.

Looking for Maine commercial insurance information? Find small business insurance info - including costs, coverages and requirements - from every city in ME.

Where Can I Find Commercial Insurance Information For Cities In Maine?

Finding ME business insurance information by city is simple - just by searching our Maine Directory of Cities - you can find the commercial insurance policy information you are looking for - including costs, coverages, minimum requirements and more.

How Are Maine State, County And Municipal Governments Organized?

The entire area of the state of Maine is encompassed by county governments. The county governing body is the board of county commissioners.

The counties are responsible for only limited functions in Maine: principally the maintenance of the courthouse probate court and county jail, the registry of deeds and registry of probate, the provision of county sheriff functions, and certain services for unorganized territory within the county such as solid waste management functions and maintenance of roads. Some counties own and maintain county airports.

About 40 percent of the area of the state, however, has no city or town government. Gores, American Indian reservations, and unorganized or unincorporated territories exist outside the areas of cities, towns, and plantations.

Most governmental services in these areas, which are not provided by county governments, are provided by the state. Village corporations are counted as special district governments for U.S. Census Bureau statistics on governments.

The term "municipality" as defined for Census Bureau statistics on governments applies only to cities in Maine.

Cities are created by special legislation. Under home rule, however, cities may draft their own charters on petition of voters and after an election. Towns and plantations, to which the term "municipalities" is generally applied by Maine statutes, are counted for Census Bureau statistics on governments as town governments, rather than municipal governments.

Town governments exist in each county in Maine. Under home rule provisions, towns may draft their own charters. Towns and plantations perform many of the duties elsewhere commonly associated with county governments.

Find more information on the state of Maine website.