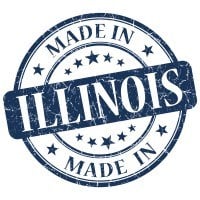 Are you looking for commercial insurance information in Illinois?

Also Illinois cities and municipalities might require specific coverages to do business in their jurisdiction. Below you will find every city in IL that you can use to start researching the business insurance policies, endorsements and limits that may be required.

Where Can I Find Commercial Insurance Information For Cities In Illinois?

Finding IL business insurance information by city is simple - just by searching our Illinois Directory of Cities - you can find the commercial insurance policy information you are looking for - including costs, coverages, minimum requirements and more.

How Are Illinois State, County And Municipal Governments Organized?

Municipal governments in Illinois are the cities, villages, and incorporated towns. There are no differences of legal powers or status that would affect their classification for U.S. Census Bureau statistics on governments.

In counties that have township governments, municipalities exist within those township areas, except for the city of Chicago.

Some townships are coterminous or nearly coterminous with a city or village, but have their own elected officials. These township governments are counted as separate governments in Census Bureau statistics.

Although sometimes referred to locally as "towns," Illinois townships are not to be confused with incorporated towns. An elected township supervisor is the chief administrative officer.

Find more information on the state of Illinois website.