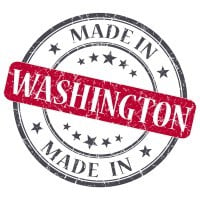 Are you looking for business insurance information for a county in Washington?

Also Washington counties, cities and municipalities might require specific coverages to do business in their jurisdiction. Below you will find every county in WA that you can use to start researching the business insurance policies, endorsements and limits that may be required.

Looking for Washington business insurance information in a county? Find commercial insurance info - including costs, coverages and requirements - from all counties in WA.

Where Can I Find Business Insurance Information For Counties In Washington?

How Are Washington State, County And Municipal Governments Organized?

The entire area of the state of Washington is encompassed by county governments. A county’s governing body is known as the board of county commissioners except for home rule counties, which are governed by the county council.

Although consolidated city-county governments are authorized by state statutes, none currently exist in the state.

Municipal governments in Washington are the cities and towns. Charter municipalities are divided into two classes according to population size at the time of their organization, as follows:

Change from one class to another occurs only after voter approval. Cities with a population of 10,000 or more may adopt a home rule charter with voter approval. In addition, since 1969, all municipalities may acquire statutory home rule by becoming a noncharter code municipality.

Two cities, Union Gap and Waitsburg, operate under charters granted prior to 1889 by the former Washington territory.

Authorizing legislation for townships was repealed in 1997. Townships were last reported in operation for the 1972 Census of Governments.

Find more information on the state of Washington website.