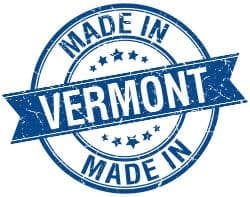 Are you looking for business insurance information for a county in Vermont?

Also Vermont counties, cities and municipalities might require specific coverages to do business in their jurisdiction. Below you will find every county in VT that you can use to start researching the business insurance policies, endorsements and limits that may be required.

Looking for Vermont business insurance information in a county? Find commercial insurance info - including costs, coverages and requirements - from all counties in VT.

Where Can I Find Business Insurance Information For Counties In Vermont?

How Are Vermont State, County And Municipal Governments Organized?

The entire area of the state of Vermont is encompassed by county governments. The county governments perform very limited functions, which consist chiefly of maintaining the courthouse and county jail. The principal administrative officers of the county are two assistant judges.

Subcounty general purpose governments in Vermont include municipal (city and village) governments and town governments. These two types of governments are distinguished primarily by the historical circumstances surrounding their incorporation.

Gores and grants are unincorporated, often uninhabited, portions of a county that are not part of any town. Unorganized towns, grants, and gores in each county have one supervisor appointed by the governor and are not counted as separate governments in U.S. Census Bureau statistics.

Cities exist outside the area of any town. Villages are included in town areas. Towns, called "municipalities" by Vermont statutes, are counted in Census Bureau statistics as township rather than municipal governments.

Although not differing in legally authorized powers from cities and villages, governmental units in Vermont designated as towns are counted in Census Bureau statistics as a separate type of government.

Towns perform many of the same duties commonly associated with county and municipal governments. The town governing body is called the select board. Although town governments exist in each county in Vermont, they do not cover the entire area of each county.

Find more information on the state of Vermont website.