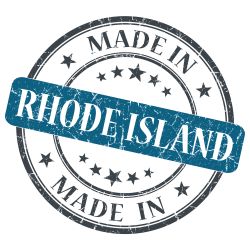 Are you looking for business insurance information for a county in Rhode Island?

Also Rhode Island counties, cities and municipalities might require specific coverages to do business in their jurisdiction. Below you will find every county in RI that you can use to start researching the business insurance policies, endorsements and limits that may be required.

Looking for Rhode Island business insurance information in a county? Find commercial insurance info - including costs, coverages and requirements - from all counties in RI.

Where Can I Find Business Insurance Information For Counties In Rhode Island?

How Are Rhode Island State, County And Municipal Governments Organized?

In Rhode Island, counties are geographic subdivisions for the judicial administration of the state. Counties have no associated governmental structure and therefore the U.S. Census Bureau does not have any statistics on county governments for Rhode Island.

The subcounty general purpose governments in Rhode Island consist of municipal (city) governments and town governments. These two types of governments are distinguished primarily by the historical circumstances surrounding their incorporation.

In Rhode Island, cities and towns have similar powers and perform similar functions.

Cities in Rhode Island are established by special act and exist outside the area of any town. In addition to the usual city functions, Rhode Island cities also provide services commonly assigned in other states to county governments.

Any city or town may adopt a home rule charter after petition by voters to the legislative body of the city or town and after an election.

Although not differing in legally authorized powers from cities, governmental units in Rhode Island designated as "towns" are counted in Census Bureau statistics as a separate type of government.

The entire area of the state is encompassed by town governments, except for areas within the boundaries of cities. Rhode Island towns perform services that in other states are commonly associated with county and city governments.

Town governing bodies are known as town councils. All taxes must be approved at a town meeting, except in those towns that have abolished their financial town meeting.

Find more information on the state of Rhode Island website.

How Do I Contact The Rhode Island Insurance Commissioner?