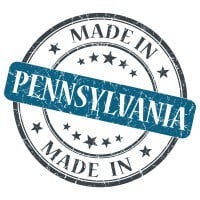 Are you looking for business insurance information for a county in Pennsylvania?

Also Pennsylvania counties, cities and municipalities might require specific coverages to do business in their jurisdiction. Below you will find every county in PA that you can use to start researching the business insurance policies, endorsements and limits that may be required.

Looking for Pennsylvania business insurance information in a county? Find commercial insurance info - including costs, coverages and requirements - from all counties in PA.

Where Can I Find Business Insurance Information For Counties In Pennsylvania?

How Are Pennsylvania State, County And Municipal Governments Organized?

The governing body of each county government is a Board of County Commissioners. Any county may adopt a home-rule charter that provides for its government. Pennsylvania counties are divided into the following nine classes according to population size:

The subcounty general purpose governments in Pennsylvania consist of municipal (borough, city, and town) governments and township governments. These two types of governments are distinguished primarily by the historical circumstances surrounding their incorporation.


All cities, boroughs, and incorporated towns exist outside the area of any governmentally active township.

Townships, although not differing in legally authorized powers from the types of municipal governments described above, are counted in Census Bureau statistics as a separate type of local government.

The entire area of the state is encompassed by townships, except for areas within the boundaries of cities, boroughs, or incorporated towns. Pennsylvania townships are divided into two classes. Townships of the first class are those having a population density of at least 300 per square mile that have elected to choose first-class township status.

All other townships are second-class townships. Change from second to first class is initiated on petition of voters and subject to a referendum.

Find more information on the state of Pennsylvania website.