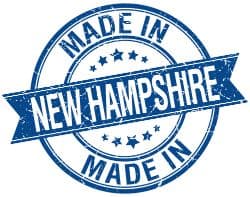 Are you looking for business insurance information for a county in New Hampshire?

Also New Hampshire counties, cities and municipalities might require specific coverages to do business in their jurisdiction. Below you will find every county in NH that you can use to start researching the business insurance policies, endorsements and limits that may be required.

Looking for New Hampshire business insurance information in a county? Find commercial insurance info - including costs, coverages and requirements - from all counties in NH.

Where Can I Find Business Insurance Information For Counties In New Hampshire?

How Are New Hampshire State, County And Municipal Governments Organized?

The subcounty general purpose governments in New Hampshire consist of municipal (city) governments and town governments. These two types of governments are distinguished primarily by the historical circumstances surrounding their incorporation.

The primary difference is that cities are former towns who dropped the town meeting form of government in favor of a city form through special act of the New Hampshire General Court.

Towns, which are treated as municipalities in New Hampshire statutes, are instead counted in U.S. Census Bureau statistics as towns, rather than municipal governments. In addition to usual city functions, cities have responsibility for services performed in other parts of the state by town governments. Cities exist outside the area of any town.

Although not differing in legally authorized powers from cities, government units in New Hampshire locally designated as “towns” are counted in Census Bureau statistics as a separate type of local government.

Town governments exist in each county in New Hampshire, but they do not cover the entire area of each county. Cities (also counted in Census Bureau statistics as town governments), gores, grants, purchases, unorganized locations, and unorganized townships exist outside the area of any town in the counties.

Find more information on the state of New Hampshire website.

How Do I Contact The New Hampshire Insurance Commissioner?