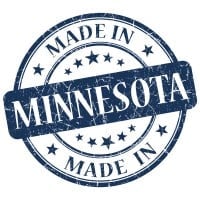 Are you looking for business insurance information for a county in Minnesota?

Also Minnesota counties, cities and municipalities might require specific coverages to do business in their jurisdiction. Below you will find every county in MN that you can use to start researching the business insurance policies, endorsements and limits that may be required.

Looking for Minnesota business insurance information in a county? Find commercial insurance info - including costs, coverages and requirements - from all counties in MN.

Where Can I Find Business Insurance Information For Counties In Minnesota?

How Are Minnesota State, County And Municipal Governments Organized?

The entire area of the state of Minnesota is encompassed by county governments. The county governing body is called the County Board of Commissioners. Ramsey County, under special legislation, became a home-rule county in 1992.


Charter cities are municipal governments that have adopted home-rule charters. All other municipal governments (including those that were originally villages, towns, or boroughs) are statutory cities. There are no differences between cities that would affect their classification for Census Bureau purposes. Some cities, but not all, exist within township areas.

A number of metropolitan area towns, or urban towns, have powers similar to those of municipal governments under special powers granted by the Minnesota statutes.

Find more information on the state of Minnesota website.