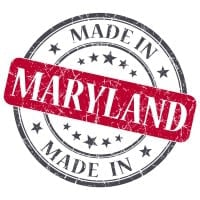 Are you looking for business insurance information for a county in Maryland?

Also Maryland counties, cities and municipalities might require specific coverages to do business in their jurisdiction. Below you will find every county in MD that you can use to start researching the business insurance policies, endorsements and limits that may be required.

Looking for Maryland business insurance information in a county? Find commercial insurance info - including costs, coverages and requirements - from all counties in MD.

Where Can I Find Business Insurance Information For Counties In Maryland?

How Are Maryland State, County And Municipal Governments Organized?

Baltimore County is a county government, but excludes the area of Baltimore City. A number of counties operate under homerule charters. These counties are governed by county councils.

Maryland has no township governments.

Find more information on the state of Maryland website.