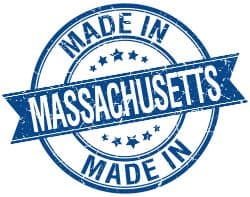 Are you looking for business insurance information for a county in Massachusetts?

Also Massachusetts counties, cities and municipalities might require specific coverages to do business in their jurisdiction. Below you will find every county in MA that you can use to start researching the business insurance policies, endorsements and limits that may be required.

Looking for Massachusetts business insurance information in a county? Find commercial insurance info - including costs, coverages and requirements - from all counties in MA.

Where Can I Find Business Insurance Information For Counties In Massachusetts?

How Are Massachusetts State, County And Municipal Governments Organized?

Massachusetts has five county areas with governments that are counted as county governments for U.S. Census Bureau statistics on governments. These are Barnstable, Bristol, Dukes, Norfolk, and Plymouth counties.

The area and the governing body of Nantucket County are identical with those of the town of Nantucket; the town selectmen serve as county commissioners. Nantucket is counted as a town government, rather than as a county government in Census Bureau statistics.

The cities and towns in the abolished counties may jointly charter a regional council of governments. These councils are counted as special districts rather than county governments in Census Bureau statistics.

The subcounty general purpose governments in Massachusetts consist of municipal (city) governments and town governments. These two types of governments are distinguished primarily by the historical circumstances surrounding their incorporation.

In Massachusetts, city and town governments have similar powers and perform similar functions.

The entire area of the state is covered by cities and towns. The term "municipality," as defined for Census Bureau statistics on governments, applies only to cities in Massachusetts.

Towns, which are treated as municipalities in Massachusetts statutes, are counted for Census Bureau statistics as towns rather than municipal governments. See "Town or Township Governments" section.

Cities are established by special acts of the general court. The minimum population requirement for incorporation as a city is 12,000. Cities may adopt home rule charters or one of several standard charters. Cities may be governed by a council or board of aldermen, and may or may not have a mayor, a city manager, or both.

The entire area of the state of Massachusetts is encompassed by town governments except for areas located within the boundaries of cities.

Although not differing in legally authorized powers from cities, units in Massachusetts designated as "towns" are counted in Census Bureau statistics on governments as a separate type of government.

The town executive body is known as a board of selectmen. Most towns have either an open town meeting or a representative town meeting form of government. Massachusetts towns may adopt home rule charters.

Find more information on the state of Massachusetts website.