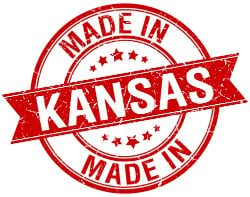 Are you looking for business insurance information for a county in Kansas?

Also Kansas counties, cities and municipalities might require specific coverages to do business in their jurisdiction. Below you will find every county in KS that you can use to start researching the business insurance policies, endorsements and limits that may be required.

Looking for Kansas business insurance information in a county? Find commercial insurance info - including costs, coverages and requirements - from all counties in KS.

Where Can I Find Business Insurance Information For Counties In Kansas?

How Are Kansas State, County And Municipal Governments Organized?

All of the municipal governments in Kansas are designated as cities. Cities are divided by general law into the following size classes:

A 1963 law, as amended in 2011, specifies a minimum population requirement of 250 or more inhabitants for incorporation or 250 platted lots each served by water and sewer lines owned by a nonprofit corporation. Also, a territory designated as a national landmark by the Congress of the United States may incorporate without meeting other requirements for incorporation.

Population in existing cities may fall below designated population minimums for their class designation without changing class. The Kansas Constitution allows cities the power of home rule. Cities of the third class exist within township areas, while cities of the first and second class exist outside the area of any township.

The entire areas of Kansas are covered by townships, except for areas where cities of the first class and second class exist. If a township government becomes inactive, its activities are assumed by the respective county government; the inactive townships are not counted as governments in Census Bureau statistics. All or only part of the townships within a county area may become inactive.

Find more information on the state of Kansas website.