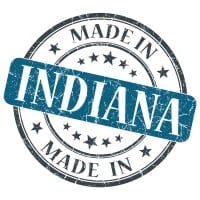 Are you looking for business insurance information for a county in Indiana?

Also Indiana counties, cities and municipalities might require specific coverages to do business in their jurisdiction. Below you will find every county in IN that you can use to start researching the business insurance policies, endorsements and limits that may be required.

Looking for Indiana business insurance information in a county? Find commercial insurance info - including costs, coverages and requirements - from all counties in IN.

Where Can I Find Business Insurance Information For Counties In Indiana?

How Are Indiana State, County And Municipal Governments Organized?

The subcounty general purpose governments in Indiana consist of the municipal (city and town) governments and the township governments.

Municipal governments in Indiana are designated cities and towns. Cities are further divided into three classes as follows:


Other municipalities of any population size are called towns. Conversion from town to city status or from city to town status is not automatic. A provision is made for towns with a population of more than 2,000 residents to become cities upon a petition of voters and after a referendum.

Cities may become towns upon petition of two-thirds of the taxpayers to the circuit court. Second- and third-class cities are governed by an elected mayor and council. All cities and towns exist within township areas.

Township governments are present in all of the county-type areas in Indiana. Townships are governed by an elected trustee and township board.

Find more information on the state of Indiana website.