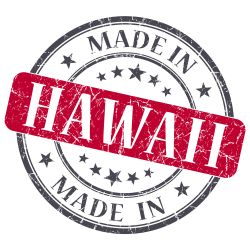 Are you looking for business insurance information for a county in Hawaii?

Also Hawaii counties, cities and municipalities might require specific coverages to do business in their jurisdiction. Below you will find every county in HI that you can use to start researching the business insurance policies, endorsements and limits that may be required.

Looking for Hawaii business insurance information in a county? Find commercial insurance info - including costs, coverages and requirements - from all counties in HI.

Where Can I Find Business Insurance Information For Counties In Hawaii?

How Are Hawaii State, County And Municipal Governments Organized?

The entire area of the state of Hawaii is encompassed by county governments, except for Kalawao County and the city and county of Honolulu.

Kalawao County consists of that portion of the island of Molokai commonly known as the Kalaupapa Settlement. It is under the justification of the Department of Health and governed by the laws and rules relating to the department and the care of treatment of persons with Hansen's disease.

The sheriff, appointed by the Department of Health and generally a resident of the county, is the only county officer of Kalaweo. Kalawao County is classified, in U.S. Census Bureau statistics on governments, as an adjunct of the state government and is not counted as a separate county government.

Honolulu, which has a combined city and county government, is the only Hawaiian local government that is counted in Census Bureau statistics on governments as a municipal government.

Hawaii has no township governments.

Hawaii statutes authorize the creation of various special districts or authorities, but only the soil and water conservation districts and the Office of Hawaiian Affairs are counted as special district governments in Census Bureau statistics.

Find more information on the state of Hawaii website.


Request a free County Hawaii business insurance quote, or in these other HI counties: Honolulu, Kalawao, Kauai and Maui.