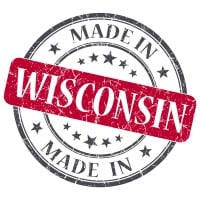 Are you looking for commercial insurance information in Wisconsin?

Also Wisconsin cities and municipalities might require specific coverages to do business in their jurisdiction. Below you will find every city in WI that you can use to start researching the business insurance policies, endorsements and limits that may be required.

Where Can I Find Commercial Insurance Information For Cities In Wisconsin?

Finding WI business insurance information by city is simple - just by searching our Wisconsin Directory of Cities - you can find the commercial insurance policy information you are looking for - including costs, coverages, minimum requirements and more.

How Are Wisconsin State, County And Municipal Governments Organized?

The entire area of the state of Wisconsin is encompassed by county governments. The county governing body is called the county board of supervisors.

Cities and villages exist outside the area of any town. Cities are divided into the following four classes:

Villages may convert to cities upon meeting certain requirements. Villages outside a metropolitan area must have a population of 1,000 and a density of 500 people per square mile before obtaining city status.

Villages within a metropolitan community must have a population of 5,000, an area of 3 square miles, and a density of at least 750 persons per square mile before converting to city status.

Governmental units in Wisconsin designated as "towns" are counted in Census Bureau statistics as township governments. Towns encompass the entire area of the state, except for areas within the boundaries of cities or villages.

Milwaukee County consists entirely of cities and villages and has no towns. The Town of Menominee and Menominee County are coterminous; however, each government is a separate entity and each is counted separately in Census Bureau statistics.

Each town is governed by a town board of supervisors. Towns may exercise the powers of a village by resolution of the town meeting.

Find more information on the state of Wisconsin website.