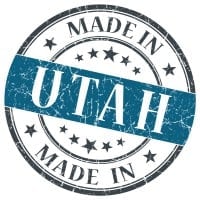 Are you looking for commercial insurance information in Utah?

Also Utah cities and municipalities might require specific coverages to do business in their jurisdiction. Below you will find every city in UT that you can use to start researching the business insurance policies, endorsements and limits that may be required.

Where Can I Find Commercial Insurance Information For Cities In Utah?

Finding UT business insurance information by city is simple - just by searching our Utah Directory of Cities - you can find the commercial insurance policy information you are looking for - including costs, coverages, minimum requirements and more.

How Are Utah State, County And Municipal Governments Organized?

The entire area of the state of Utah is divided into county governments. The governing board is either the board of county commissioners or the county council. Counties operating under general law are divided into the following classes based on their population:

Municipal governments in Utah are the cities and towns. The following classes, based on population size, apply to municipalities:


The minimum population requirement for incorporation is 100. The state constitution permits municipalities to adopt home-rule charters.

Several metro townships were established in Salt Lake County after a referendum in 2015, which are regarded by the U.S. Census Bureau as municipal type governments. They are governed by a five-member council.

Metro townships governments, which are included in municipal service districts have limited duties and taxing powers. The following classes, based on population size, apply to metro township municipal governments:

Find more information on the state of Utah website.