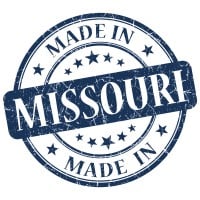 Are you looking for commercial insurance information in Missouri?

Also Missouri cities and municipalities might require specific coverages to do business in their jurisdiction. Below you will find every city in MO that you can use to start researching the business insurance policies, endorsements and limits that may be required.

Where Can I Find Commercial Insurance Information For Cities In Missouri?

Finding MO business insurance information by city is simple - just by searching our Missouri Directory of Cities - you can find the commercial insurance policy information you are looking for - including costs, coverages, minimum requirements and more.

How Are Missouri State, County And Municipal Governments Organized?

Counties are generally divided into four classes on the basis of their total assessed valuation, as follows:


Any classification 2 county with an assessed value of more than $600,000,000 for more than 1 year may become a classification 1 county upon adoption of a resolution by the county governing body.

Any county having maintained classification 1 status for at least 2 years and with a population of at least 85,000 may adopt its own charter.

The subcounty general purpose governments consist of the municipal (city, town, and village) governments and the township governments.

Municipal governments in Missouri are cities, towns, and villages. All municipalities in Missouri exist within township areas except for the city of St. Louis.

In Barton County, the city of Lamar is coterminous with the township City Township; however, the city and the township are each counted as separate governments in Census Bureau statistics since each has distinct functions. The cities and towns in Missouri are divided into the following classes, based on their populations at the time of incorporation:


In addition, some cities operate under special charters enacted prior to the adoption of the Constitution of 1875. Changes in classification are not automatic; the municipal government must elect to be reclassified. Towns created by special law and having fewer than 500 inhabitants and villages having more than 200 inhabitants may become cities of the fourth class. There is no minimum population requirement for incorporation as a village.

Townships in the other Missouri counties are geographical areas only and are not counted as separate governments in Census Bureau statistics.

Find more information on the state of Missouri website.