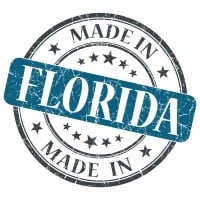 Are you looking for commercial insurance information in Florida?

Also Florida cities and municipalities might require specific coverages to do business in their jurisdiction. Below you will find every city in FL that you can use to start researching the business insurance policies, endorsements and limits that may be required.

Where Can I Find Commercial Insurance Information For Cities In Florida?

Finding FL business insurance information by city is simple - just by searching our Florida Directory of Cities - you can find the commercial insurance policy information you are looking for - including costs, coverages, minimum requirements and more.

How Are Florida State, County And Municipal Governments Organized?

Although the metropolitan government of Miami-Dade County performs many municipal-type services and is treated as a “municipality” in some Florida statutes, it is designated as a county and is counted as a county government in Census Bureau statistics.

The board of commissioners of Miami-Dade County may provide a method for establishing new municipalities within the county and prescribe their jurisdiction and powers. All cities, towns, and villages in Miami-Dade County are counted as separate municipal governments.

The average population density per acre required for incorporation, unless extraordinary conditions can be shown, is 1.5 persons or more per acre. The new municipality must also be a minimum distance of two miles from existing municipalities in the county.

Florida has no township governments.

Find more information on the state of Florida website.