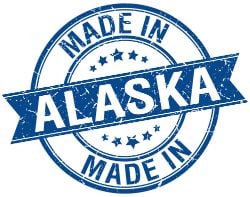 Are you looking for commercial insurance information in Alaska?

Also Alaska cities and municipalities might require specific coverages to do business in their jurisdiction. Below you will find every city in AK that you can use to start researching the business insurance policies, endorsements and limits that may be required.

Where Can I Find Commercial Insurance Information For Cities In Alaska?

Finding AK business insurance information by city is simple - just by searching our Alaska Directory of Cities - you can find the commercial insurance policy information you are looking for - including costs, coverages, minimum requirements and more.

How Are Alaska State, County And Municipal Governments Organized?

The borough governments in Alaska are classified, according to their governmental powers, as first-class or second-class boroughs, and home-rule boroughs. Each borough is administered by a borough assembly.

Alaska Native Regional Corporations conduct the business and nonprofit affairs of Alaska natives. They were established under a federal law, the Alaska Native Claims Settlement Act. There are 12 regional corporations that cover the entire state, except for the Annette Islands Reserve, which is an Alaska Native reservation.

A thirteenth regional corporation was established for Alaska natives who are not permanent residents of the state and who have not enrolled in one of the other 12 regional corporations. These corporate entities are not counted as governments in Census Bureau statistics.

Cities in Alaska are also classified as municipal governments. Cities may exist either inside or outside the boundaries of organized boroughs. First-class cities are those with 400 or more permanent inhabitants and that elect to become cities of the first class.

First-class cities may elect a home-rule charter. All other cities are second-class cities. There is no statutory minimum population requirement for incorporation, but the proposed city must have both the resources to provide government and a demonstrated need.

Alaska has no township governments.

Find more information on the state of Alaska website.