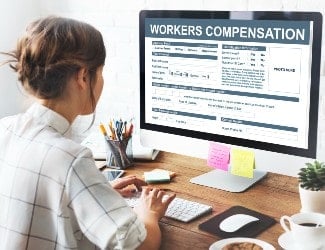 Are you searching for the Workers Compensation Class Code 1165 - Mining NOC - Not Coal - Surface & Drivers?


What Is The Description Of The NCCI Workers Compensation Class Code 1165?

The description for the NCCI Workers Compensation Class Code 1165 - Mining NOC - Not Coal - Surface & Drivers is:

Includes construction, repair, or maintenance of all buildings, structures, or equipment and the installation of machinery. Does not contemplate mining with shafts, tunnels, or drifts..


What Are The Related SIC Code(s) for NCCI Workers Comp Class Code 1165?

Establishments primarily engaged in mining, milling, or otherwise preparing miscellaneous metal ores, not elsewhere classified. Production of metallic mercury by furnacing or retorting at the mine site is also included.

Establishments primarily engaged in mining, quarrying, milling, or otherwise preparing nonmetallic minerals, except fuels. This industry includes the shaping of natural abrasive stones at the quarry. Establishments primarily engaged in the production of blast, grinding, or polishing sand are classified in Industry 1446, and those calcining gypsum are classified in Manufacturing, Industry 3275.

Establishments primarily engaged in mining gold ores from lode deposits or in the recovery of gold from placer deposits by any method. In addition to ore dressing methods such as crushing, grinding, gravity concentration, and froth flotation, this industry includes amalgamation, cyanidation, and the production of bullion at the mine, mill, or dredge site.

Establishments primarily engaged in mining, beneficiating, or otherwise preparing iron ores and manganiferous ores valued chiefly for their iron content. This industry includes production of sinter and other agglomerates except those associated with blast furnace operations. Blast furnaces primarily engaged in producing pig iron from iron ore are classified in Manufacturing, Industry 3312.


Description for 1031 Lead and Zinc Ores

Establishments primarily engaged in mining, milling, or otherwise preparing silver ores. The production of bullion at the mine or mill site is included.