What Is The Terrorism Risk Insurance Act (TRIA)?

What Is The Terrorism Risk Insurance Act (TRIA)? 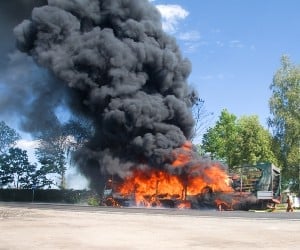 What Is The Terrorism Risk Insurance Act (TRIA)?. Some loss exposures are difficult, if not impossible, to be handled by the private insurance industry.

Large exposures are considered catastrophes and involve widespread devastating loss, unpredictable occurrences and costs that can't be efficiently spread over the entire, property-owning public. Events that are considered to be catastrophic include Terrorism.

The covered lines of the insurance part of the TRIA were modified to cover most, but not all, commercial property and casualty lines.

So what is the Terrorism Risk Insurance Act (TRIA)? According to the US Department Of The Treasury: "The Terrorism Risk Insurance Act (TRIA) created a temporary federal program that provides for a transparent system of shared public and private compensation for certain insured losses resulting from a certified act of terrorism. The Secretary of the Treasury administers the program with the assistance of the Federal Insurance Office."

Originally, the program was set to expire in 2005. However, legislative action intervened as follows:


What is the Terrorism Risk Insurance Act (TRIA)? The Act allows the federal government to share in certain insured losses resulting from a certified act of terrorism for commercial property and casualty claims.

Below are some answers to commonly asked Terrorism Risk Insurance Act questions:

How Does Terrorism Coverage Implementation Work?

So what is the Terrorism Risk Insurance Act (TRIA)? All insureds and applicants requesting eligible lines of commercial lines property and casualty coverage must be offered terrorism coverage.

An exception exists for parties who have arranged for coverage as a captive or via self-insurance. Insurers must use a disclosure form to notify its policyholders about the availability of terrorism coverage when coverage is offered and also at each renewal.

The form must offer each policyholder a chance to accept or reject the TRIA coverage. If the coverage is accepted, the policyholder must pay the appropriate charge that is determined by the applicable insurer.

How Are Insureds Notified About TRIA Coverage?

Policyholders must be given an endorsement that explains what actions are covered. They must be informed of the exact premium amount that will be charged to pay for the coverage.

The policyholder must be provided the option to accept or reject the coverage. A rejection may be in writing or it can be indicated by a refusal to pay the premium. If a claim occurs, the insurer will adjust losses using standard company procedures and then submit them to the government for reinsurance payment.

What is the Terrorism Risk Insurance Act (TRIA)? Following is an actual disclosure notice of terrorism coverage so you can see the language:

You are hereby notified that under the federal Terrorism Risk Insurance Act, as amended ("the Act"), you have a right to purchase insurance coverage for losses arising out of acts of terrorism, as defined in Section 102(1) of the Act: The term "act of terrorism" means any act that is certified by the Secretary of the Treasury, in accordance with the provisions of the federal Terrorism Risk Insurance Act to be an act of terrorism; to be a violent act or an act that is dangerous to human life, property, or infrastructure; to have resulted in damage within the United States, or outside the United States in the case of an air carrier or vessel or the premises of a United States mission; and to have been committed by an individual or individuals as part of an effort to coerce the civilian population of the United States or to influence the policy or affect the conduct of the United States Government by coercion.

YOU SHOULD KNOW THAT WHERE COVERAGE IS PROVIDED BY THIS POLICY FOR LOSSES RESULTING FROM CERTIFIED ACTS OF TERRORISM, SUCH LOSSES MAY BE PARTIALLY REIMBURSED BY THE UNITED STATES GOVERNMENT UNDER A FORMULA ESTABLISHED BY FEDERAL LAW. HOWEVER, YOUR POLICY MAY CONTAIN OTHER EXCLUSIONS WHICH MIGHT AFFECT YOUR COVERAGE. UNDER THE FORMULA, THE UNITED STATES GOVERNMENT GENERALLY REIMBURSES 85% OF COVERED TERRORISM LOSSES EXCEEDING THE STATUTORILY ESTABLISHED DEDUCTIBLE PAID BY THE INSURANCE COMPANY PROVIDING THE COVERAGE. GOVERNMENT REIMBURSEMENT WILL DECREASE 1% EACH YEAR STARTING JANUARY 1, 2016, UNTIL REACHING 80% ON JANUARY 1, 2020. THE PREMIUM CHARGED FOR THIS COVERAGE IS PROVIDED BELOW AND DOES NOT INCLUDE ANY CHARGES FOR THE PORTION OF LOSS THAT MAY BE COVERED BY THE FEDERAL GOVERNMENT UNDER THE ACT.

YOU SHOULD ALSO KNOW THAT THE ACT, AS AMENDED, CONTAINS A $100 BILLION CAP THAT LIMITS U.S. GOVERNMENT REIMBURSEMENT, AS WELL AS INSURERS' LIABILITY FOR LOSSES, RESULTING FROM CERTIFIED ACTS OF TERRORISM WHEN THE AMOUNT OF SUCH LOSSES IN ANY ONE CALENDAR YEAR EXCEEDS $100 BILLION. IF THE AGGREGATE INSURED LOSSES FOR ALL INSURERS EXCEED $100 BILLION, YOUR COVERAGE MAY BE REDUCED.

COVERAGE FOR "INSURED LOSSES" AS DEFINED IN THE ACT IS SUBJECT TO THE COVERAGE TERMS, CONDITIONS, AMOUNTS AND LIMITS IN THIS POLICY APPLICABLE TO LOSSES ARISING FROM EVENTS OTHER THAN ACTS OF TERRORISM.

YOU SHOULD KNOW THAT UNDER FEDERAL LAW, YOU ARE NOT REQUIRED TO PURCHASE COVERAGE FOR LOSSES CAUSED BY CERTIFIED ACTS OF TERRORISM.

The Act provides that a separate premium is to be charged for insurance for an "act of terrorism" covered by the Act.

Should you choose to purchase coverage for an “act of terrorism”, as defined in the Act, you must pay a premium of $100.

Note: If you do not pay the premium as noted above, you will not have Terrorism Coverage under this policy, as defined in the Act.

What Commercial Property And Casualty Insurance Policies Covered By TRIA?

Most lines of commercial property and casualty including excess, workers compensation and directors and officers liability are covered by this Act. The following are specifically excluded:

Similarly, theft coverage and any incidental burglary and theft that is part of a package policy is subject to TRIA provided none of the premium is reported under the Burglary and Theft annual statement line.

Professional Liability is NOT subject to the reporting exception. No matter where and how professional liability premium is reported, it is ineligible for coverage under TRIA.

Farmowners Multiple Peril is a specific line on the annual statement. Any premium reported on this line is ineligible for TRIA coverage. However, other farm coverages remain subject to TRIA provided they are not providing personal lines coverage.

How Are Acts Of Terrorism Certified? 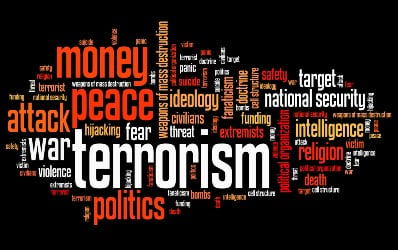 The Secretary of the Treasury in consultation with the Department of Homeland Security and the Department of Justice is responsible for determining whether a given act is certified (therefore qualifying for coverage).

Now the decision rests entirely with the Secretary of Treasury who is required to only to consult with the other departments. As of the writing of this article, no event has been certified as a terrorist act.

The certification guidelines specify the following:


Notes: The term air carrier is defined in section 40102 of title 49, United States code. The term vessel means a vessel sailing under the United States flag or that is based and taxed in the U.S. and subject to U.S. insurance regulations.

Example: The Boston Marathon Bombing is considered by many people to be an act of terror. However, according to the definition with TRIA and its amendments, the bombing was not certified by the Secretaries of the Treasury and State as a certified act of terrorism. The reason it was not certified was that the total aggregate covered loss was less than $5,000,000.

There is no timeline as to when the Secretary of Treasury must determine that a specific act is certified act of terror. The most recent reauthorization specifically calls for a report on how and when the certification should take place.

What Is The Impact Of The Terrorism Risk Insurance Act On Insurance Agents?

A company may choose to develop rates and provide coverage for lines of insurance that aren't subject to TRIA, but the coverage would not be eligible for TRIA reinsurance.

What Is The Terrorism Risk Insurance Act (TRIA)? - The Bottom Line

The goal of Congress is to eventually eliminate this program once the private insurance market has had sufficient time to properly evaluate the exposure. To this end, a mandatory collection of data is being required.

TRIA purchases must be collected and include information regarding geographic locations where the coverage is purchased, the percentage of offers being accepted and terrorism reinsurance purchases that are finalized.