What Is A Waiver Of Subrogation?

What Is A Waiver Of Subrogation? 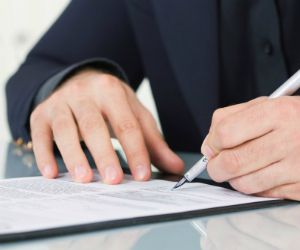 A waiver of subrogation clause is an policy endorsement where the insurance carrier waives its right to recover the money they paid on a claim from a negligent third party.

What is a waiver of subrogation? The idea of the waiver is to prevent one party's commercial insurer from pursuing subrogation (substitution of one entity by another) against the other party.

So What Is A Waiver Of Subrogation?

We are going ot start by discussing the basics of an insurance policy. Insurance is a contract of indemnity. This means that an insured is not entitled to benefit because of a loss. It is entitled only to be returned to the financial position it was in before the loss.

This is where the insured's right of recovery against another party transfers to the insurance company. This concept is frequently referred to as subrogation. This transfer of rights prevents the insured from gaining due to a loss but still holds the party that caused the damage responsible for its actions.

The insurance company is free to proceed against the party or parties that caused or contributed to the loss and possibly recover all or part of its loss payment. This transfer is a basic and fundamental element of insurance.

However, it is also a transaction that has caused many problems over the years because of situations and circumstances when the insured wants to retain those rights - which is alos called a waiver of subrogation.

What is a waiver of subrogation? The majority of general liability insurance policies have clauses that prevent you from giving up your subrogation rights after you incur a loss. They usually do not talk about waivers made before the loss. You will not have gone against the agreement if you sign a pre-loss waiver and fail to inform your insurance provider. Either way, insurers prefer to be informed of these waivers. The party asking for the waiver may also insist that you include a waiver of subrogation endorsement to your existing liability policy.

Following is a actual court case about a waiver of subrogation claim in a general liability policy:

Cosi Sandwich Bar, Inc. (Cosi) was a restaurant that operated out of a commercial space it rented from 841-853 Broadway Associates, LLC (Broadway Associates). Ciprian Brito-Galbez, an employee of Cosi, alleged that he was injured while taking garbage out of the restaurant when the double doors of the building's freight entrance slammed on his hand.

"release[] each other ... from any liability and waive[] on behalf of its insurer ... any claim for any loss or damage ... which loss or damage is of the type required to be covered by the insurance required to [be] maintained by the parties, regardless of any negligence on the part of the released persons which may have contributed to or caused such loss or damage."

In addition, the parties agreed that Broadway Associates was required to maintain "commercial general liability insurance covering the common areas against claims for bodily injury ... occurring upon, in or about the common areas." Cosi was required to maintain insurance that indemnified Broadway Associates "against any and all claims for injury or damage to persons ... occurring upon, in or about the Demised [leased] Premises."

The Supreme Court of Bronx County, New York denied Cosi's claim for contractual indemnification that arose from Brito-Galbez's claim that he suffered bodily injury in the building's common areas. The court based its ruling on the fact that Broadway Associates agreed to release Cosi from liability and waived subrogation for damages incurred as a result of a claim that arose out of "bodily injury... occurring upon, in or about the common areas." Cosi appealed.

On appeal, the Supreme Court of New York, Appellate Division held that Broadway Associates was not entitled to contractual indemnification. It stated: "Plaintiff's claim for bodily injury that occurred in a common area is 'of the type' that is to be covered by insurance that Broadway Associates was required to maintain. Because the indemnification clause is '[s]ubject to the waiver of subrogation,' it has not been triggered under the circumstances here."

What is a waiver of subrogation? These contracts have a "Transfer of Rights of Recovery" condition which is similar to those contained in general liability policies. In the clause only post-loss waivers are prohibited. This means you can waive your right to sue a party before a loss occurs without having to inform your insurer. The party seeking the waiver may also demand that an endorsement clause be included in the insurance policy. You insurance provider may add blanket or scheduled endorsement.

Following is a actual court case about a waiver of subrogation claim in an auto policy:

Kevin Hall was injured in an auto accident in 1993 when Hall was a passenger in a car driven by Kieron Mazzola. The car was insured by Royal Insurance Company and, while registered to Kieron's parents, K. Lewis and Carole Mazzola, the car was owned by Fidelity L.S. Group, Inc.

The collision that injured Kevin occurred in New York while the car was registered and insured in New Jersey. Kevin's medical expenses totaled over $133,000. This amount was paid by Allstate, the Hall's insurer; according to New York's No-Fault Insurance Law. After being paid by Allstate, the Halls filed suit against Mazzola and Fidelity. A month after filing the suit, the case was settled out of court between the Halls, the Mazzolas, Fidelity and Royal Ins. Royal settled the suit for one million dollars, but only after getting a signed waiver of subrogation from the Halls. The waiver covered ALL CLAIMS and damages arising out of the '93 collision.

Allstate proceeded to recover the sums it paid to the Halls. Initially through arbitration and later by filing an action against the Mazzola et. al. Allstate argued that their right to subrogate damages from Mazzola and Royal was destroyed by the Halls' waiving their subrogation rights. Allstate also argued that the parties were aware that the waiver would destroy Allstate's ability to recover payments.

The trial court denied Allstate's request for summary judgment on two grounds. First, their subrogation rights were terminated by the Hall's signed waiver and second, Allstate was prohibited from recovery by both the laws of New York (accident site) and New Jersey (vehicle registration and policy issuance site). Allstate appealed the decision under New York Law.

The higher court reviewed the circumstances. Acknowledging that further action would be necessary to establish whether New York or New Jersey would apply to the case. The court decided that Allstate was, per New York Law, permitted to recover payments that exceeded $50,000. Any amounts at or below $50,000 are deemed ineligible for recover under New York Law. The court also held the opinion that, after paying Hall's medical expenses; its right to subrogate already existed at the time that the Halls signed the waiver. The lower court's decision was reversed and the action remanded for trial.

The Bottom Line On Waiver Of Subrogation

A waiver of subrogation may help you avoid becoming snared in the legal complexities of lawsuits and insurance claims.