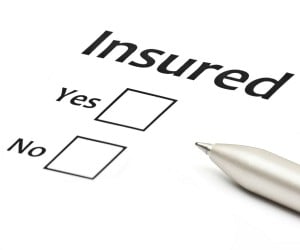 The first thing you should do as a business or property owner is to make sure that you are insured against any damages or losses that might affect your company. These damages and losses can include losses from within the company itself, or it might come from third-parties who are affected by the loss occurring.

Insurance can be a complicated thing to get a handle on - but it doesn't have to be. Here's more about just who is an insured under a CGL policy?

Who is an insured under a CGL policy? Learn who actually has coverge in commercial general liability polices to be certain your business is protected from costly third party lawsuits for bodily injury or property damage.

Your commercial general liability insurance should generally cover what's called the named insured, whom are the parties that are mentioned within the insurance policy's contract. The named insured entity on the declarations determines who is an insured:


Your CGL policy will also cover what's called automatic insureds: These are people who are covered by the insurance policy because of their professional or personal connection to the named insured that we talked about above. Who is an insured under a CGL policy? - read on:

Who Are Automatic Insureds In A General Liability Policy?

As for anyone else, the automatic insureds will include anyone who is associated with the named insureds mentioned above. Here are some examples for who might be considered an automatic insured according to a general liability insurance policy:


No party is an insured with respect to conduct of any current or previous partnership, joint venture, or limited liability company that is not on the declarations as an insured.