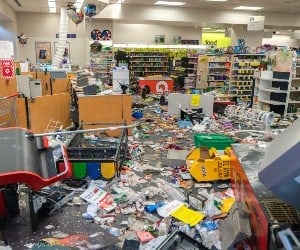 The latest, heightened interest in this source of loss has occurred during the Pandemic when crowds around the nation demonstrated in opposition to deaths of persons at the result of police arrests. A number of protests included confrontation with various authorities and outside, opposing groups that, in some dangerous instances, devolved into violence and destruction.

While police shootings and political protests have been the focal points of most riots, other incidents have involved tax protests, anger with post-hurricane aide, sports championship celebrations, pipeline construction and crowds staking and taking over (occupying) various sites and buildings. Riot, vandalism and civil commotion insurance can protect against damage caused by fire, riots, vandalism, or civil commotion.

What Is The Definition Of Riot, Vandalism And Civil Commotion Insurance?

Neither "riot" or "civil commotion" are defined by insurance contracts. This means that riot, vandalism and civil commotion insurance source of loss relies upon common definitions.

What Is The Common Definition Of A Riot?

A riot is generally understood to be highly visible, violent public disturbances that involve crowds. While a large number of people are typically participants in such disturbances, as few as three persons can constitute a crowd.

Black's Law Dictionary refers to it as a public disturbance that involves either of the following:

A rioter is a person who participates with two or more others in a course of disorderly conduct in any of the following ways:

Black's Law Dictionary ends its definition of riot by referring to unlawful assembly.

Bouvier's Law Dictionary suggests a riot is composed of the following, five elements:

Typically, common understanding of rioting extends to threats of violence as well as looting (theft of merchandise or belongings from property damaged during the violent, public disturbance). Such theft, even without damaging property, qualifies a person as a looter/rioter.

What Is The Common Definition Of A Civil Commotion?

This is a disturbance among, or a popular uprising of, a large number of people. Some court decisions have described it as "an uprising among a mass of people which occasions a serious and prolonged disturbance and an infraction of civil order, not attaining the status of war or armed insurrection."

Even with the reference to warlike activity, civil commotion is not distinguishable from rioting.

Why Is Riot, Vandalism, And Civil Commotion Insurance Important?

Riots/civil disturbance may take the form in many different ways, such as the following examples:

Many of these and similar events involve damage to business and residential property. Sometimes, damaged property has been targeted.

Business and residential property owners have concerns with these frightening events and the coverage that applies. Commercial property, homeowners, and dwelling property policies generally cover losses caused by riot and civil commotion.

Does coverage apply to merchandise or other contents removed from property during a riot? Generally, coverage applies to looting that occurs at the time and place of rioting. If thefts take place significantly after such disturbances, riot coverage is inapplicable.

The expectation, both to meet insurance company and public safety concerns, is that damaged property be secured as quickly as is safe to do so.

The elements necessary to determine if an event is a riot or civil commotion are always the same, regardless if proof is revealed in a civil action or a criminal proceeding. Using the criteria outlined above, a single or random act of destruction without a common purpose is defined as vandalism or malicious mischief.

When there are coordinated acts of violence and destruction with a common purpose, that qualifies as riot and civil commotion.

This distinction is especially important when applying the commercial lines vacancy clause which excludes acts of vandalism to buildings vacant for 60 or more consecutive days. The same clause covers loss or damage caused by a riot or civil commotion, subject to a 15% penalty. This protection does not extend to loss that includes any form of military or war activity.

Most property insurance policies have enough built-in riot, vandalism and civil commotion insurance coverage - both in commercial and personal lines policies. If you think your business is at a higher risk, there are specialty stand-alone policies that offer higher coverage limits.