Louisiana Vacant Land Insurance. There are a number of reasons why you may own a piece of undeveloped land. Perhaps you found a great piece of property that you are planning on building a house on one day; maybe you want to use the land for fishing or hunting; or maybe you purchased the empty piece of land next to the parcel your house sits on to prevent someone else from buying it and building a structure on it.

Whatever the reason, if you are the owner of an empty piece of land, you may have overlooked something important about owning that property: insuring it. That's where Louisiana vacant land insurance comes into play.

Louisiana vacant land insurance protects your land - that's not leased and has no development or construction activities - from lawsuits with rates as low as $27/mo. Get a fast quote and your certificate of insurance now.

Below are some of the basics of insuring vacant land that are important for LA property owners to understand:

For example, should someone sustain an injury while hunting, such as tripping over a tree stump and breaking a bone, on your empty parcel, you could be held legally responsible and would have to cover the cost of damages, including medical care. Furthermore, someone could file a lawsuit against you for the injuries they sustained on your property. In other words, should something go awry on your empty land, you could end up having to pay out a great deal of money. It is for these reasons that Louisiana vacant land insurance is so important.

Insurance for land is a type of property coverage. There are a few ways that you can insure a vacant piece of LA property:

If you allow others use your land for hunting, it's very important to Louisiana vacant land insurance. There are many risks involved in hunting and use of firearms, which means you have a greater exposure to liability and injures or even death in the event of an accidental shooting. It is good practice to inform hunters of known dangers on your property, like abandoned wells, marsh/swamp like areas, dangerous equipment and barbed wire fences.

The Louisiana Court of Appeals said that the understanding of the average policyholder is paramount with regard to the meaning of words. It said that "....'vacant' is readily understood in its plain, ordinary and popular sense," and that dictionaries supply such meaning. "Vacant" was defined in Webster's Third New International Dictionary as "to be empty, be free."

If you own a piece of property - even if it is completely devoid of any structures - LA vacant land insurance is important. This type of policy will protect you and your assets in the event that any injuries occur on your property. 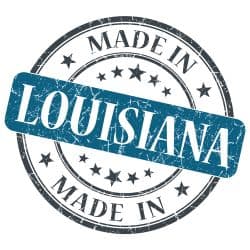 If you are a business-minded individual who is either thinking about starting a new business or who wants to expand an existing business by opening a division in a new state, it's important to choose a location that offers favorable conditions.

It's also a good idea to know what type of insurance you'll need to carry, as certain commercial policies are compulsory in the state.

Below, we provide an overview of economic trends of the Creole State to determine if it's the right location for your operation.

The best spots to start a business in LA are large cities and the suburban areas that surround them. The following cities have seen the most significant industrial growth:

Businesses in various industries do well in the state of Louisiana; however, there are specific sectors that are seeing substantial growth. Those industries include:

Louisiana requires you to have worker's compensation insurance if you hire even one employee on a regular basis or must be approved for self-insurance. This includes part-time employees, family members, minors, and immigrant employees. It is not required for independent contractors or domestic employees, though you should check to make sure any contractors you have are true contractors, and not employees.

Louisiana also requires all business-owned vehicles to be covered by commercial auto insurance. Other types of business insurance that business owners should carry depend on the specific industry.