Delaware Vacant Land Insurance. There are a number of reasons why you may own a piece of undeveloped land. Perhaps you found a great piece of property that you are planning on building a house on one day; maybe you want to use the land for fishing or hunting; or maybe you purchased the empty piece of land next to the parcel your house sits on to prevent someone else from buying it and building a structure on it.

Whatever the reason, if you are the owner of an empty piece of land, you may have overlooked something important about owning that property: insuring it. That's where Delaware vacant land insurance comes into play.

Delaware vacant land insurance protects your land - that's not leased and has no development or construction activities - from lawsuits with rates as low as $27/mo. Get a fast quote and your certificate of insurance now.

Below are some of the basics of insuring vacant land that are important for DE property owners to understand:

For example, should someone sustain an injury while hunting, such as tripping over a tree stump and breaking a bone, on your empty parcel, you could be held legally responsible and would have to cover the cost of damages, including medical care. Furthermore, someone could file a lawsuit against you for the injuries they sustained on your property. In other words, should something go awry on your empty land, you could end up having to pay out a great deal of money. It is for these reasons that Delaware vacant land insurance is so important.

Insurance for land is a type of property coverage. There are a few ways that you can insure a vacant piece of DE property:

If you allow others use your land for hunting, it's very important to Delaware vacant land insurance. There are many risks involved in hunting and use of firearms, which means you have a greater exposure to liability and injures or even death in the event of an accidental shooting. It is good practice to inform hunters of known dangers on your property, like abandoned wells, marsh/swamp like areas, dangerous equipment and barbed wire fences.

If you own a piece of property - even if it is completely devoid of any structures - DE vacant land insurance is important. This type of policy will protect you and your assets in the event that any injuries occur on your property.

For entrepreneurs who are thinking about starting up a business in Delaware, it is important to have an understanding of the state's economic outlook, as well as the regulations and limits regarding commercial insurance. With this information, you can determine if DE is, in fact, a wise location to start your business. 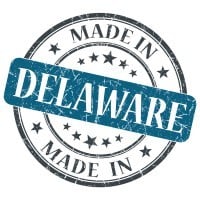 Below, we offer a brief overview of Delaware's economic status and the rules relating to commercial insurance.

Economic Trends For Businesses In The State Of Delaware

Delaware is home to more than 1 million businesses. This includes over half of all of the publicly traded companies in the United States, and 64 percent of the country's Fortune 500 companies. Delaware is such an appealing place for entrepreneurs because the state offers flexible corporate laws and a government that is very friendly to business owners.

The economic outlook of DE has become softer. As such, Delaware has moved down eight spots on the Forbes' Best States for Business list. The costs of operating a business are about 21 percent lower in Delaware than the national average. It is also one of the lowest ranking states in regard to labor costs. With that said, job growth is expected to reach .8 percent by the end of the 2022 calendar year. The unemployment rate is expected to remain lower than the national average, at an estimate 4.7 percent.

The industries that contribute the most to Delaware's economy include:

It is expected that these industries will continue to see growth, but there is a need for more skilled labor in these areas.

Business owners are required to carry workers compensation in Delaware. This includes businesses that employee one or more hourly or salaried W2 employees.